Welcome to you all – in these strange and unprecedented times. Due to the COVID-19 virus we are facing the challenge to stay together while on on a distance and also keep collaborating.

The paper from Jem Bendell about Deep Adaptation published in 2018 can be a source of inspiration in these uncertain times. The paper shows the urgency of another crisis, the climate crisis, a topic which – at least in the media – has moved to the background due to the corona outbreak. In my opinion, the Deep Adaptation paper provides guidance how to adapt to the current corona crisis, in which we have self-isolated ourselves in lock downs with huge economic and societal consequences.

Jem Bendell asks the question: Can professionals in sustainability management, policy and research continue to work with the assumption or hope that we can slow down climate change, or respond to it sufficiently to sustain our civilisation?
The key argument of Jem Bendell is a harsh message about climate change: he argues that societal collapse is inevitable due to the combination of severe and irreversible climate effects and the lack of institutional responses. His idea of societal collapse is often misunderstood though. He refers to a crisis which will end our current way of living, producing and consuming. Our current form of civilization cannot be sustained.

When I read this paper in 2018 it shifted my mindset. I realized that climate change is the biggest challenge of our time. Emotionally I felt pessimistic and experienced a sense of hopelessness. At first instance, I also responded by taking individual actions (such as putting solar cells on my roof, eating no meat, less air travel), but I also realized that such actions might be too little too late.

When I introduced Jem Bendell’s article to university students in 2019, they found it really hard to imagine how climate change will affect the world. They responded in different ways, from denial to shock. This year my teaching experiences might be different, however, as we can see right now a crisis happening in real life, with health, social, moral, and economic impacts. These current societal impacts of the COVID-19 outbreak might just be a ripple in the pond though, compared to what we can expect in the future, following from the human-induced climate crisis. To understand the climate crisis, the idea of non-linear changes is of central importance, which suggests that impacts will be far more rapid and severe than predictions based on linear projections. The changes in climate no longer correlate with the rate of anthropocentric carbon emissions. A tipping point is an irreversible change, a threshold that, when exceeded, can lead to large changes in the state of the system, and to feedback loops. A 2019 UNEP study for example indicates that now at least for the Arctic and the Greenland ice sheet a tipping point has already been reached. Temperature rise is ‘locked-in’ for the coming decades in the Arctic. Because the thawing of permafrost soil, more methane could enter the atmosphere earlier than previously predicted and the loss of reflecting ice shields has started a powerful positive feedback loop leading to ever higher temperatures. The resulting accelerating climate instability in the polar region has potential to affect the global climate, out dating previous predictions about the point in the future when global tipping will occur. 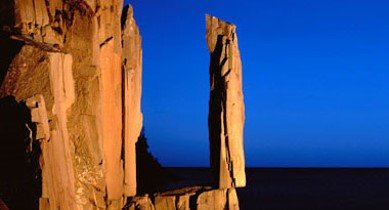 Back to the current corona crisis: this is a test and also an opportunity to prepare for worse times to come. It is a rehearsal to see how a society responds in times of severe threats. Crises like this show that economic, societal and moral impacts happen at the same time, as a row of domino stones who only need a light push to start falling. The current situation is a test how resourceful and adaptive our society will be, in order to respond to these impacts.

I would like to show some parallels between the current corona crisis and climate change. A crisis has multiple faces. It often starts with a physical or ecological source, such as a virus – though it is invisible for the human eye – but it can also start with an earthquake, a lack of resources, sea level rise, increasing CO2-levels, increasing methane emissions due to the thawing of permafrost, extreme temperatures, or a combination of the above.

The Covid 19 virus is most likely here to stay and so are the human induced CO2-emissions. Both affect people all over the world, our mobility and migration flows. But there are also differences. While the virus chains people to place, climate change will result in 100 million displaced people, in addition to millions of international refugees, due to flooding, storms, severe droughts, and heat exposure.

Governments generally respond to crises by becoming more authoritative and nationalistic, taking measures varying from so called ‘intelligent lock-downs’, to forms of policing intervening in people’s private lives.
Within society we see diverse responses to the situation. On the one hand we see disobedience, disbelief, and an increasing inequality between groups, but on the other hand, collective adaptation and collaboration, new forms of creativity, and social support for vulnerable people. New individual and collective citizens initiatives are popping up such as producer-consumer arrangements, circles of care and online solidarity networks. The Covid 19 crises offers the opportunity for collective capacity-building, supporting long-term system change.

The current crisis also raises new moral and economic dilemma’s. The first cynic dilemma is: should we interfere in the lives of people with huge economic losses to protect a group of elderly and less-productive people? The second dilemma relates to health care competition: should we prioritize and spend more resources on Covid 19 patients than on those with other health problems? If there is a lack of beds on the IC: who should go first, a mother of 40 with children, or a young single woman? The third dilemma is time-related: should we support the economy and the unemployed now, and create Eurobonds showing empathy between nations? This might soften an unavoidable economic depression, but at the same time will result in increasing financial debts on the longer term, which can undermine international solidarity.

Psychologically we see mechanisms of denial, like the presidents Trump and Bolsonaro expressed in the beginning of the corona crisis. Other forms of denial are less visible. Jem Bendell mentions in his paper several forms of denial with regard to climate change, such as strategic denial, personal factors, and institutional denial. For example, we might think: “this problem is too big for me as an individual to deal with”. Or: “it is not wise to frame the crisis in a pessimistic way, as this will create apathy and feelings of hopelessness”. It is important that we acknowledge such feelings and deal with our emotions. This is also a time to step back, to allow ourselves to grieve, and to overcome some of the typical fears we all have, to find meaning in new ways of being and acting. A ‘deep adaptation’ to crisis needs requires not just practical “solutions” for reducing suffering, but also involves work on psychology and spirituality as much as anything else.

I am interested in how we navigate crisis individually and collectively, but also respond psychologically and emotionally in these uncertain times. Jem Bendell introduced an agenda based on three R’s: Resilience, Relinquishment and Restoration. Resilience asks us “how do we keep what we really want to keep?”. Relinquishment asks us “what do we need to let go of in order to not make matters worse?”. Restoration asks us “what can we bring back to help us with the coming difficulties and tragedies?”. These questions are also very relevant at this moment in time, facing the corona crisis. If anything, in these unprecedented times we have to let go of our feelings of security, stability, and illusion of control.

Here you can find more information on deep adaptation. There is also an online network for professionals, the deep adaptation platform, and a facebook site for discussions. 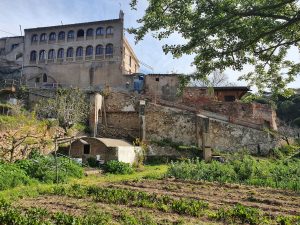